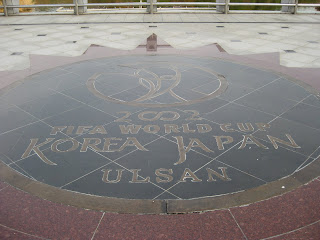 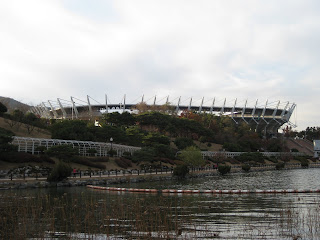 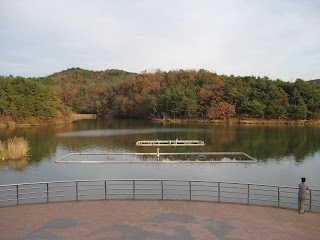 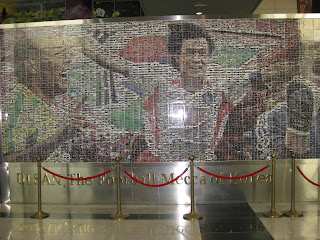 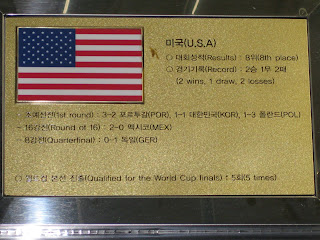 So I received some instructions on how to get Munsu Stadium, home of Ulsuan Hyundai Football Club (aka Ulsan's soccer team), and decided to make the trip out to the stadium last weekend. I went several hours before a game that Ulsan had with the Pohang Steelers but held off on the game cause I didn't have anyone to accompany me to the game, still working on that one. The actual stadium is pretty cool looking and they have a multisport complex surrounding the stadium, with a walking track, swimming pool, inline skating track and some 30 points of interest in all.
As you can see in the pictures, the stadium was one of the many sites for the 2002 World Cup so they have a memorial/museum for the World Cup in the stadium just by the suites. Also, the stadium has a ceremony hall inside it, right by the World Cup museum, so it's good to know if I ever decide to do that marriage thing, there is a place appropriate for my tastes.
Coincidentally, Ulsan is fighting F.C. Seoul in a tightly contested game to see who will play the Suwon Blue Wings for the K-League Championship while I write this. Ulsan pulled a late equalizer and the game is now going to E.T. Yes, I realize how predictable I am...... I am awesome!

Doing and Getting visa vietnam .