Who needs a valentine when you've got food? 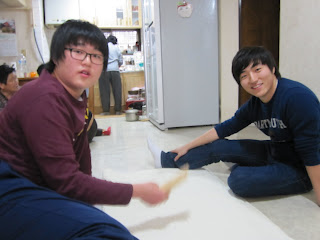 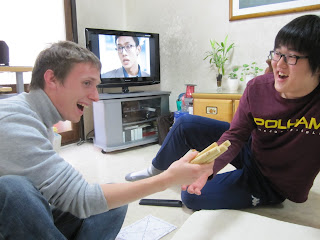 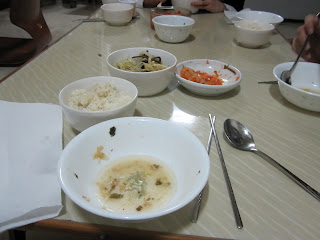 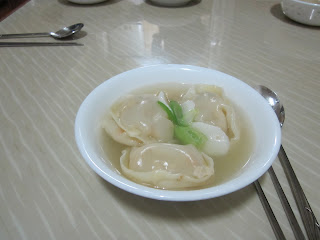 Don't be alarmed by the post's title, I didn't spend Valentine's Day (or VD) on the couch with cartons of Ben & Jerry's while watching countless cheesy Meg Ryan films (talking about you "Top Gun"). No, I decided to go and do something positive and soak in some culture, but let me back this up and give you the full run down.

See this weekend, the 14th specifically, is Seonal, or what we would call "Chinese New Years" or "Lunar New Years", in Korea. It, along with Chuseok (Chuseok=Harvest Festival, aka Korean Thanksgiving), are the biggest holidays in Korea and are days where everyone goes to their hometown to be with their family.

Usually I would try and take advantage of an extended break to go somewhere, but we were only given a three day weekend which dampened my traveling spirit. Couple that with the fact that I am currently operating on a single entry visa, which means I'd have to pay to get a multiple entry visa so I could leave Korea and enter again, and my sense of adventure was crushed. I will say though, my school decided to close for Tuesday (as opposed to just Monday) 3 days before the weekend, which was awesome. If I had known that maybe I would've looked into changing my visa and flying out to Thailand to meet up with my cousin, who is vacationing there right now. Well played my school! It's all good though cause everything worked out fine, but some heads up would be nice, that's all.

When I told my friend Gyun Tak that I was going to stay in Ulsan, he didn't hesitate a second to invite me to his family's home to spend Seolnal. His main selling point, good, traditional Korean food. Yeah, wasn't too hard of a decision for me. For a little history, I met Gyun Tak when I first moved here and we became friends through playing on the same soccer team. Gyun Tak has also been teaching me the Korean language and lots of things about Korean culture. I feel like I know a good amount about both (the language and culture),which has definitely helped my experience in Korea immensely, for which I am extremely thankful. Hooray for good people across the globe!

Back to Seolnal, because the Korean ceremony starts early in the morning, Gyun Tak thought it would be a good idea if I showed up for the midday ceremonies. It was probably for the best, not only for the being early in the morning, but also because it would've been in Korean (and possibly some Chinese, maybe?) and while I can speak some Korean, Koreans speak a lot of Korean, and speak it really fast. I most definitely would've been out of it in 10 seconds.

So I arrive around midday and enter his house only to feel like the trap has been sprung as I'm trying to take off my shoes while 8 sets of eyes are sizing me up. What did I get myself into?!?!? Gyun Tak starts introducing me to everyone (only his nuclear family which consists of him, younger brother, mom and dad, along with his grandma and aunt, uncle and 2 cousins). To give you an idea of what that was like, well my friend told me that when I speak Korean my voice is a lot more quiet and softer than it is in English, well my Korean at this point was probably not audible to even a dog's ears at this point. In all fairness, my timidness was matched by some of his family members (Grandma excluded). Case in point, his younger cousin had wanted to talk to me once he found out I was coming, only to freeze up when I was there.

Things were sorted out as the table was laid out and we got ready to eat. The table was set with plates with foods used for the ceremony, which included crab meat, several kinds of fish, some beef, tofu, not to forget the beef soup, vegetables, rice and kimchi. That there is some good eating. Oh and then I had to ask about the rice cake soup because I was told that rice cake soup is a traditional Seolnal food. I was then told that it's usually eaten in the morning but Gyun Tak's mom quickly heated some up for me. Oh me and my big mouth (works on multiple levels here).

Once we finish the main stuff, some fruit and rice cakes are brought out to snack on. With round one in the books, the table was removed so we could play yutnori, a traditional Korean game played on Seolnal. You have four sticks which you toss and depending on how they land, that's how many spots you can move your game piece. If you catch up to the other team, then their pieces have to go back to the start. First team to have all 4 pieces end up at the "homebase" is the winner. I thought it was kind of similar to "sorry" the board game. I must have had some beginner's luck because my side won some 3 or 4 times and never lost. Gyun Tak wasn't too happy to see me beat him, but all of the relatives seemed to enjoy the "waegookin" (foreigner) get into the game.

Gyun Tak must've been sore from the beating received in yutnori, so we decided to change it up and go play some pool. The four of us, Gyun Tak, his brother, younger cousin and I, went to a pool hall where my pool woes surely eased the pain of yutnori for Gyun Tak.

We then returned back to his house for some more snacks, which consisted of rice cakes and some more fruit. Shortly after, his cousins had to embark on their journey back to Seoul. To give you an idea of the importance of the holiday, their journey to Seoul, which is usually a 5 hour trip by car, had turned into an 8 hour trip because of all of the traffic. Yowsers!

The snacks were then replaced for round 2, which consisted of Mandu Guk, or dumpling soup (Mandu is dumpling and Guk is soup). It was really interesting because Gyun Tak's mother's family is originally from around Pyongyang in the north, but emigrated south because of the war, so she (Gyun Tak's mom) prepares the dumplings in the Pyongyang style. So although I was eating something I eat maybe once a week (dumplings), it was something totally different at the same time. Throw in some rice and kimchi, a second bowl of mandu soup, and you've got one stuffed piggy.

My day at the Nam household (Gyun Tak's surname) came to end shortly after round 2, as Gyun Tak and I went off to watch the Korea/Japan soccer game. A good day and a way to show that Valentine's Day doesn't have to be torture if you're single. Once again thanks to Gyun Tak and family for inviting their home up to me.

On a side note, I put up some pictures here for you to see my day. I was a complete div and forgot to take out the camera for round one of food but I got it out for yutnori, where we took some totally staged yutnori pics. One is with me and Gyun Tak's cousin, the other is with Gyun Tak and his cousin. Also, took a picture of round 2 bowl 1 of mandu guk, and then the remnants of bowl #1 after it's quick annihilation. Sae Hae Bok Man-ee Bah-duh say-yo (Happy New Year in Korean, well westernized)!!!!!
Posted by chris at 12:45 AM